My favorite place to sing karaoke in the whole world . . . 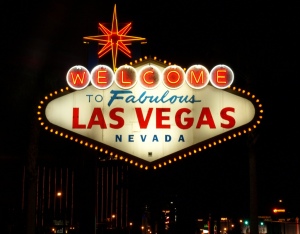 is quite possibly Las Vegas. Sin City, of course, is fun for many reasons. But for my money, karaoke is right up there with its other attractions. Many outstanding karaoke venues can be found on or near Las Vegas Boulevard, popularly known as the Strip. Here are two of my favorites, both of which offer unique experiences:

The Rock ‘n Roll Cafe is located in the Hawaiian Marketplace, near the Harley Davidson Cafe and across the street from the Aria hotel. The special attraction is that the seating and performance areas are outdoors. So when you’re singing, passersby on the sidewalk can not only hear you; they can see you as well. Many people who are walking past will stop and gather at the railing that surrounds the periphery of the bar’s seating area; and they’ll stay to watch the singers. So when I’m singing at the Rock ‘n Roll Cafe, I enjoy the challenge of getting drunken revelers who happen to be walking down the Strip to stop what they’re doing and cheer on the H-Bomb!

I don’t yet have any videos of myself performing there, but here’s a video I found on YouTube that will give you a good idea of what this place is all about (and I’m really digging the stage name of the male singer here. He calls himself “Smoothini the Ghetto Houdini.” It makes “H-Bomb” sound pretty ordinary).

Oh, and best of all, the Rock ‘n Roll Cafe offers karaoke seven nights a week!

Bill’s is not like those sprawling, theme-oriented mega-hotels that are now prevalent on the Strip. This place has character! And it also offers a karaoke experience like no other. The karaoke lounge is immediately adjacent to the casino, and the sounds of the karaoke singers can easily be heard on the casino floor. So when you grab the mic there, you are the entertainment for the gamblers! I think that’s pretty cool.

No matter where you choose to sing in Vegas, the vibe of the city (i.e., everyone is there to party) makes it even more enjoyable. In addition, Las Vegas has a long and storied association with music, going back to the days of Elvis and the Rat Pack. I believe that the city’s contemporary karaoke scene fits firmly into that tradition. 🙂

So I love singing in Las Vegas; and I am therefore especially excited to announce that I have just made plans to return to Vegas for several days in August 2012. The occasion for this visit will be the second annual Trivia Championships of North America. But I will find ample time, in between quiz bowls and other trivia events, to do some karaokeing! (I’ll also be fitting in some sessions at the blackjack table; and I look forward to checking out the brand-new Mob Museum, officially titled the National Museum of Organized Crime & Law Enforcement, which is slated to open in February 2012). 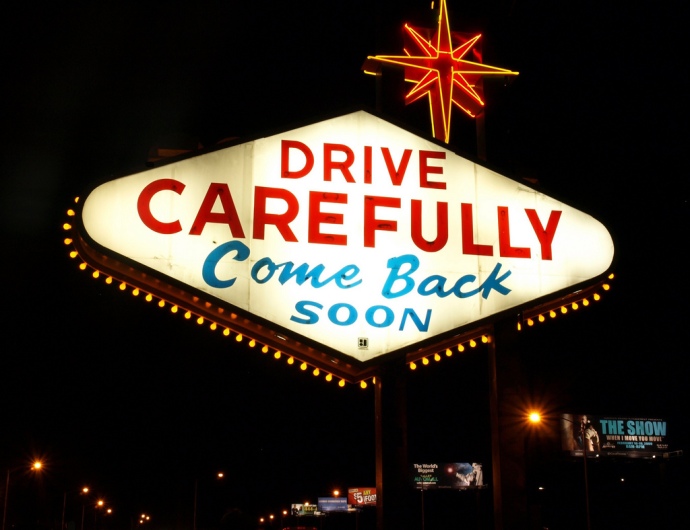 4 thoughts on “My favorite place to sing karaoke in the whole world . . .”