The die is cast: I’ve scheduled my heart surgery

Friends, as you know, I found out in April that I need open heart surgery to repair a leaking valve. That surgery has now been scheduled. It’s happening on the morning of Thursday, September 10. And it won’t surprise you to learn that I’ve chosen the less invasive, robotically assisted version of the surgery, as a result of which the surgeons won’t have to fracture my sternum to access my heart. So I should recover swiftly, once I get through it.

Once I get through it.

I’m still apprehensive about becoming a cardiothoracic surgery patient, for the reasons I enumerated in my previous post. But since the condition of my heart is only worsening over time, there was no benefit to be gained from putting off the surgery. So I took the plunge and called the surgeon’s office to get placed on the calendar. The result: shortly after Labor Day weekend, at a time when millions of Americans are looking forward to the season premieres of their favourite television shows, I’ll be checking into the hospital for some pretty major stuff.

As the operation approaches, as is common with surgeries, I’ll have to undergo some preoperative procedures. When I signed up for my surgery, I was told that I should plan on experiencing the following procedures in advance of my actual operation:

During the week preceding the surgery:

• A computed tomography, commonly abbreviated as a CT-scan, in which dye is injected into me intravenously and I’m then X-rayed.

• A blood test. Having blood drawn has always made me anxious, due to the pain that it typically causes me. Of course, this time the bloodwork will be overshadowed by everything else that I’ll be subjected to in September.

On the day immediately prior to the surgery:

• A heart catheterization, also known as a coronary angiogram. The catheterization frightens me almost as much as the operation itself; it involves the insertion of a tube called a catheter into my wrist and the threading of that catheter through my femoral artery, all the way to my heart. At that point, an iodine solution is injected through the catheter; and as if the previous week’s CT-scan weren’t enough, more x-ray imaging is performed (The purpose of the angiogram is to check for blockages in the arteries that connect to my heart.)  I’m worried about the admittedly small chance that the tube could accidentally puncture the artery and cause me to bleed to death. Could that occur if I accidentally move my arm? (A local anesthetic is administered at the area where the probe is inserted into the arm, but although the patient may be sedated, he’s usually kept wide awake throughout the catheterization.) The mortality risk of the catheterization has been quoted to me as 1 in 10,000, so that provides me with some comfort. 🙂 Worst case scenarios aside, a heart catheterization is a sufficiently serious procedure that according to my research, upon the completion of the procedure, I’ll be taken to a recovery room and required to lie flat on my back for several hours afterward, to allow the artery to heal and reduce the risk of complications.

After the catheterization, I’ll be admitted to the hospital; the following morning, the surgical team, employing the latest technology, will fix my heart.

Last week, my friend Erin, who has breast cancer, underwent a different type of surgery than what I face — but one that similarly required general anesthesia. Beforehand, she was nervous about her surgery and pre-op procedures, just as I am of mine. This is partly because Erin’s needle-phobia rivals, if not exceeds, my own. She also shared my fear of not waking up from the anesthesia. But Erin was brave and maintained her sense of humour, even up to the point where the IV tube to deliver the anesthesia was jabbed into her arm; and she made it successfully through her operation and associated procedures.

Erin inspired me; she really rose to the occasion. I hope that when September rolls around, I’ll be able to emulate the courage that she displayed this week. Between now and the time of my own date with the scalpel, I’m doing my best to prepare myself physically and mentally, so that I’ll be in the best possible condition when I’m wheeled into the operating room. That way, I’m maximizing my chance of a safe, smooth surgery and a speedy recovery.

Today is the first day of summer in the northern hemisphere. Before the season has changed to autumn, I’ll have had my heart surgery. And I can’t wait until the day when I’ll be able to speak of my surgery in the past tense, so that I can get on with living my life and focus on my law practice and my adventures as a worldwide karaoke singer.

Today I met with my cardiologist at the hospital where I’ll be operated on. He texted the surgeon, who responded that I won’t need to undergo the heart catheterization before my surgery. (I’ll still need to get a CT-scan and bloodwork, though.) So I’ve gotten out of having the pre-op procedure that scared me the most. That’s a win for the H-Bomb! 🙂 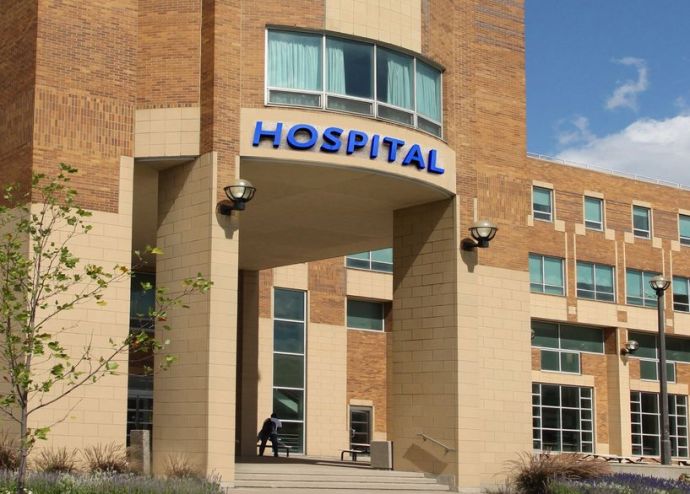 In September, I’ll be admitted to the hospital for open-heart surgery. (Full disclosure: the generic “hospital” shown in this stock photo is not the actual medical facility where my surgery will be performed. 🙂 )

2 thoughts on “The die is cast: I’ve scheduled my heart surgery”